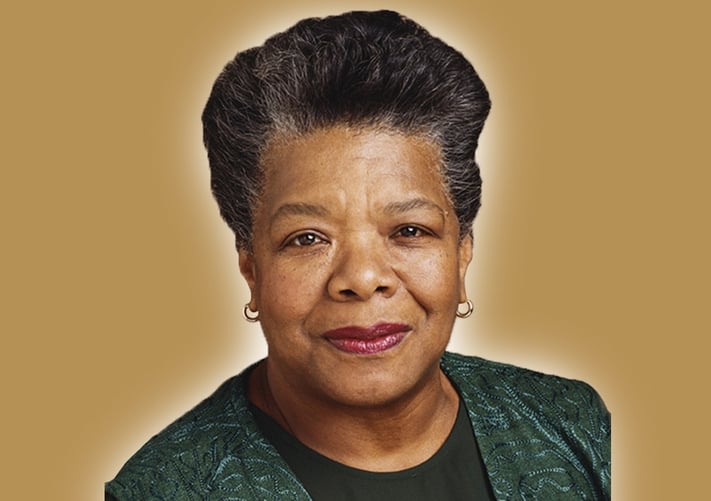 Since this month is Women’s History Month, it is important to highlight women who have been an influential part of our society. One of many inspiring women who made a strong impact on our society is Dr. Maya Angelou (April 4th, 1928- May 28th, 2014).

Dr. Maya Angelou is well known for her book, “I Know Why The Caged Bird Sings,” a book representing her life experiences and making history as the first nonfiction best-seller by an African American woman. She received awards right in our backyard (Washington D.C.)- In 2010, Barack Obama presented the 2010 Presidential Medal of Freedom, and in 2012, she received the Literary Arts Award at the BET Honors Ceremony presented by Michelle Obama, along with several other honorable accomplishments. As an activist, she used her writing to influence others and make a change in the world we live in. She has taught our world that you cannot only seek greatness for yourself. You must help others uncover their own greatness.

So remember to honor Dr. Maya Angelou not only during Women’s History Month, but every day, for she was an inspiration to many and an influence for change.

At Collington, A Kendal Affiliate, we have residents in our senior living community who have influenced change as well. Check out our blog about Reverend Rhoda Nixon, and learn about her journey.